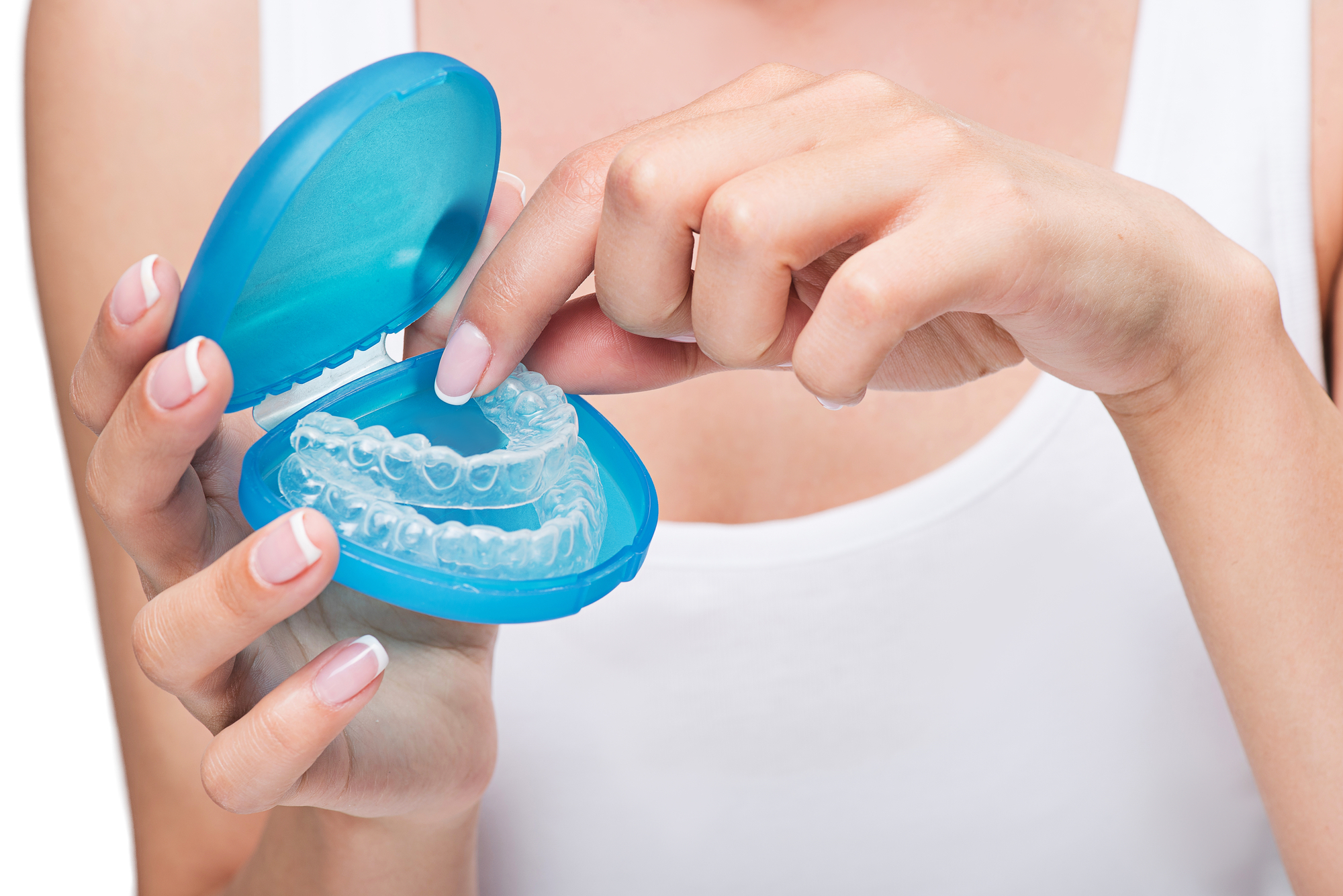 While clear aligners have been in mainstream use since the 1990s, the concept of this orthodontic treatment has been around since the beginning of the 20th century. Here, we offer a brief historical overview of clear aligner therapy and explain how it became one of the most popular orthodontic options available today.

In the mid-1920s, Dr. Orrin Remensnyder created the “Flex-O-Tite” gum massager to treat periodontal disease. Much to his surprise, he discovered a side effect of the device in which some patients’ teeth moved marginally after wearing it.

A couple decades later, Dr. H.D. Kesling invented a device fabricated from elastic vulcanite plastic, called the “tooth positioner”, or the “Psitioner”. This appliance was worn following orthodontic treatment as well as brackets or other fixed devices.

Seemingly ahead of his time, Kesling understood that significant tooth movement could be attained, but also knew that the process was not yet practical enough for mainstream use. He made the following remarks in his research notes:

“Major tooth movements could be accomplished with a series of positioners by changing the teeth on the setup slightly as treatment progresses. At present this type of treatment does not seem to be practical. It remains a possibility, however, and the technique for its practical application might be developed in the future.”

In the early 1970s, Dr. Robert Ponitz used vacuum-formed clear aligners for retention after orthodontic treatment. This was achieved by preheating the plastic material in an oven, then using a vacuum to form the material over a cast of the patient’s teeth. Furthermore, Ponitz also suggested that incremental tooth movement could occur by using wax on the cast prior to the fabrication.

In the mid-1980s, Dr. James A. McNamara further built on Ponitz’ method by using Biocryl™ – an advanced biocomposite material – and a Biostar forming machine, which used positive air pressure to form the material to the cast. While McNamara reportedly used these invisible retainers in approximately 80 percent of his private practice cases, he ultimately concluded that clear aligners didn’t offer the same long-term resilience or durability as acrylic or bonded retainers.

In the early 1990s, yet another variation of the clear aligner was invented by Dr. John J. Sheridan. The Essix, which functioned as both a retainer and positioner, was fabricated with a sheet of copolyester thermoplastic. Rather than use serial aligners for successive movements, the Essix was intended for single use, in-course adjustments. Creating orthodontic movement was achieved by altering either the aligner or the tooth surface.

While the concepts of clear aligner therapy were well known at this point, there was still no practical way to fabricate an entire series of aligners, as the process was rather time-consuming. In the early 1990s, however, two Stanford University MBA graduates – Zia Chishti and Kelsey Wirth – utilized CAD/CAM technologies that had emerged in the 1980s to manufacture clear aligners more efficiently. In 1997, Chishti and Wirth founded Align Technology in a Palo Alto garage. The Invisalign system was made available to limited orthodontists in 1999, and later expanded to general practitioners.

Surprisingly, Chishti and Wirth were not dentists. They were simply individuals who had undergone orthodontics and wanted a better, more discreet option for straightening their teeth.

Over the years, many other clear aligner systems were created. Some are quite similar to Invisalign, and use only CAD/CAM technology to create their aligners. Others combine technology and the human touch to achieve even more precise results.

For example, Orthosnap creates an initial cast in which each tooth is secured by a dynamic pin. Before each iteration of trays is made, the pins are adjusted to move the teeth into their exact predetermined locations. This allows for adjustments to be made throughout the course of treatment, as needed.

Orthosnap uses an unprecedented manufacturing technique that offers unparalleled results. To learn more about the Orthosnap system, check out our Help Center or schedule a consultation with one of our clinicians.